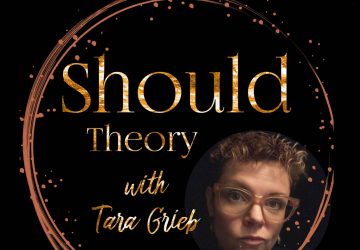 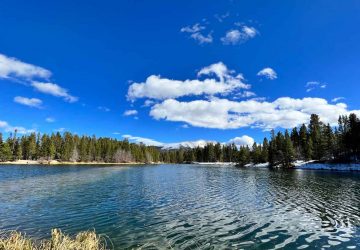 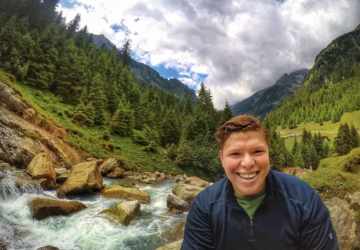 Amanda Scotese is the founder and executive director of Chicago Detours, a unique Chicago tour company founded in 2010 with a focus on hyperlocal culture and curiosities, tours and now virtual events! After working in travel for over 20 years (even time spent in Italy working as a tour guide/guidebook editor and researcher for Rick Steves), Amanda moved back to Chicago and began tailoring additional studies in education to Chicago. Read on to learn how she decided to make the leap, where she’s traveled she’s learned the most and more!

Tell us about your background and how you got to where you are now.

I started working in travel a little more than 20 years ago, and I had studied art history, and was really interested in arts education. I ended up working as a tour guide for a season and then moved on to pursue a career in journalism. After a while I wanted to try travel again – so I ended up getting hired by Rick Steves to do multi-day tours in Italy as well as update his bestselling Italy guidebooks.

I found out that what I was really passionate about was getting people to look at things and appreciate the beauty around them as well as the stories behind art and buildings. So I lived between the United States and Italy for several years but moved to Chicago 14 years ago to be a tour guide. I got a master’s degree at the University of Chicago around learning about the city so that I could be the best tour guide possible. And in 2010 I founded Chicago Detours for curious people.

What gets you excited to wake up every day? Why?

The beauty of the world around me and sharing my excitement for exploration with others.

Coursera for professional development topics and the Rick Steves podcast – I really love his approach and travel philosophy.

What’s your favorite spot in Chicago and why?

It depends on who I’m with and the time of year, but I would say, one that’s freshest in my mind is the Garfield Park Conservatory. It’s full of plants from around the world, with all these different rooms – it’s like traveling to different worlds, except you’re in one building. And especially during Chicago winters, it’s a place you can find some life and humidity and warmth.

Where have you traveled you feel you learned the most, why?

Cambodia – I was in my 20s. I learned a lot about what it means to grow up with privilege, and what the rest of the world lives like, going to a third world country. I mean, I had been to Mexico before, and I had been off the tourist path, which is probably what got me in the travel in the first place is I had an unusual travel experience, like the age of 17.

But to be really immersed in and see things like – ‘oh gosh, people don’t even have cars or hot water’ – or they burn their trash and are sitting next to the toxic fumes. And then the whole history of Cambodia, and the atrocities that happened there, it was a very big coming-of-age trip for me as a young woman to really see firsthand what a lot of the world lives like and how despite us thinking we’re in this very modern world, that there are still really horrible things that humans are capable of.

What’s your favorite thing you’ve brought home from a trip – whether an object, an idea, a relationship, etc.?

The ability to speak another language. That would be number one. I spent a month and a half in Italy and took a language course but we also met some kids our own age and hung out with them at their home in Sicily for two weeks. Being able to communicate in another language was incredibly eye-opening.

Do you have any tips for people who are traveling and want to expand their cultural experience, or learn more while traveling?

The biggest way to expand your cultural experience is to talk to people. It always astounds me that people don’t do that that much. Even if you don’t know any of the foreign language, it’s okay. People often get very excited about practicing their own English. I swear Americans are like the least on patient in the world for people who don’t speak English. Even when all you know is please and thank you, you set yourself apart from 99% of the rest of travelers by taking a short amount of space to learn the other person’s language and try to communicate with them.

Related: check out this big list of Illinois things to do – Chicago included, of course!

Was there a destination that you’ve been to that has surprised you the most from what you were expecting?

Chicago. When I first moved to Chicago, I had my ideas of what Chicago was, which was basically downtown and Belmont street, and maybe some neighborhoods friends lived in. I had a very limited view of the city. And I had a job helping out at some schools and I went up to Rogers Park (this was almost 15 years ago, it’s not like this anymore) but there was this whole world of Jamaica up there on Howard Street. That was a very, very cool experience for me to realize how diverse the city is and how little I knew about Chicago. There are so many different worlds going on – cultures from around the world, subcultures of people based on their interests or religions. There’s just so much to explore here.

Can you share a little bit more about what Chicago Detours is working on?

We’re really excited about what we’ve uncovered through the virtual format; we’re now able to tell stories about places without being geographically bound. And what we do is much more than a lecture, they have all kinds of interactive qualities. We also work a lot with groups: corporate conferences, university and educational groups. We also do 10:30 AM Facebook Lives on Saturdays – as long as you’ve liked Chicago Detours on Facebook, you can be notified. That’s a fun and free way to travel the city with us. We also have a lot of videos on our YouTube channel – and you can find out more information about us at chicagodetours.com.

How to Take Night Sky Photos and Where to Do It: Astrophotography 101 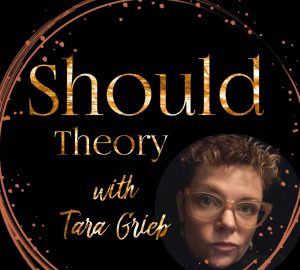 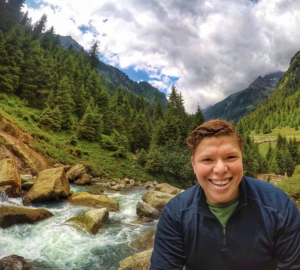 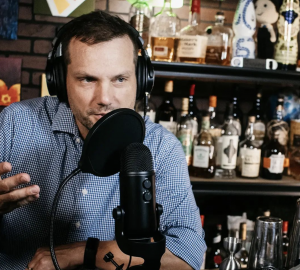 HearHere is a location-based audio platform that shares stories about the people, places, and history of the land they are traveling through. Click here to learn more!