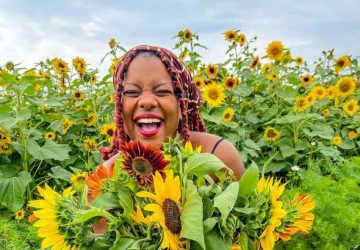 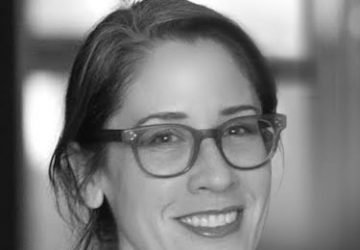 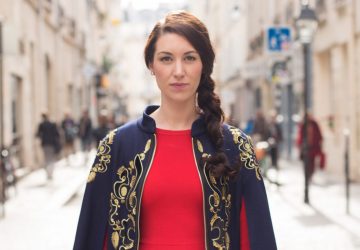 For the 14th episode of Wider Worldview on Fireside, Color & Curiosity founder & CCO Megan Zink interviewed founder and executive director of Code Your Dreams Brianne Caplan and executive director of TechLit Africa Nelly Cheboi LIVE from Kenya! Read on to learn their reasons for founding their respective organizations that aim to break down accessibility barriers to technology and maybe even some inspiration to try something new, too!

Head over to this link to catch the full audio recording with Brianne and Nelly – but in the meantime, here’s a snippet of the conversation. This interview has been edited for clarity and brevity.

Bri and Nelly, can you both share a little bit about your background, your organizations and the missions of them?

Bri: my journey to Code Your Dreams started in high school. I remember my first computer science class in high school, which I was really intrigued by. But it was a class with all boys, and they would meet after school and play video games, so it felt like this club that I wasn’t really a part of. And so I thought, ‘whatever this computer science thing is, it’s not for me – I’m not a gamer.’ And when I went to college, I had a very similar experience, where my computer science class was mostly male students and I felt like I just didn’t have a place to fit in. I decided to self-learn computer science. And after graduating from college I worked as a data scientist at a couple of tech companies. Today, only about 15% of data scientists are female. So doing that, I felt like I was in a really good place myself, I felt really confident, in where I was and in my skills as a data scientist.

I was also managing a lot of people, like software engineers as well as data scientists, and I felt like I had a good grasp on how to break into the tech industry and be successful there. At the same time I saw this issue of there being a barrier to entry into the tech industry, so that’s why I started Code Your Dreams. Code Your Dreams is a non-profit that teaches kids as well as adults computer science with a community-focused lens. Our students go through a really intensive program. It looks a lot like an accelerator program, where students think about their communities: what great assets they have in their communities, and also what problems they see in their everyday lives.

And then we help our students build products, businesses, nonprofits and apps that help address or help solve that particular problems. Students learn everything from project management, design and research to software development, branding and marketing. Something in there really sparks for every student. It’s all about exploring all the career pathways that exist, but also showing how technology can be a catalyst for change within our communities.

Every time I hear this story it gives me goosebumps! And I think what you’re doing for the community – we’ve seen a lot of accessibility issues and barriers, especially in technology. It’s always been a prevalent issue, but I think especially this past year, and so this whole idea of getting at it from the grassroots is so important. So thank you so much for sharing that story.

Nelly, can you share a little bit about TechLit Africa and your journey?

Nelly: What’s really funny is that Bri and I actually met through General Assembly, and we were just basically the same person. And now she’s in Kenya introducing Code Your Dreams to the school. So my motivation for studying computer science in Africa is really rooted in my childhood, growing up here. I grew up in poverty, like really dire poverty – where I went to bed hungry, sometimes walking barefoot, I just did not travel. And this for me, I looked around and I just knew ‘this cannot be’. I didn’t know what the world was like, but I knew it had to be better. There’s no way that every child in the world is having to worry, to not be able to play.

So I just became really motivated to change that narrative. And I never really knew how I was going to do it. Over time, I was doing jobs here in town, supporting other kids who were going to bed hungry. And I thought, you know what, if I suddenly had a chance at school, something would open up. And it did. I got a full scholarship to come to America.

And when I got there, I really saw just how much different life is over there – growing up in suburban Chicago is so much different. As kids [in America] – just by growing up there – you have all you want in life, right? And I became motivated to try to bring that to my community. I thought, ‘I’m just going to build a school, and awesome school that has all the facilities I’ve seen overseas.’ The school will be a four-story community center that will have a recording studio, a ballet studio, gymnastics – everything you can think of.

So I was doing all this before I discovered computer science. I first used a computer when I was 18. I went to America, I bought a laptop, but didn’t really know how to use it. Or anything about computer science, until I took a class, and I was really impressed. And I was like, ‘this is it. This is the tool that is going to change the world, change the community, and impact so many people.’

Because during my journey of just trying to see why we have so much pain and poverty, I came to realize that it’s really that we don’t have the best support system. If you’re starting a business, you don’t have the best financial institution – but in technology, you don’t need the best banks, you don’t need fancy roads – you just need a laptop, and you can access the digital economy and you can work remotely for an American company making the same rates as those people in this in this country. And yeah, that was it. So, we started chugging away.

Something that you said really struck me – you said when you came over to the United States from Africa, seeing the kids growing up here – saying, ‘growing up here, you’ve already won.’ Hearing somebody else’s perspective really just puts things into perspective.

So what were maybe one or two of the biggest challenges or roadblocks that you’ve faced in this process?

Bri: I think one of the reasons why we talk so much, for so many reasons, is because we go through the same challenges, almost at the same time. There’s probably hundreds of challenges that we could talk about, but I would say the biggest challenge – that is not surprising – would be funding.

Both Nelly and I are in a very similar boat with the size of our organization; we do so much every day, we dedicate our entire lives, and we have teams of people – both volunteers and paid contractors – that we have that dedicate their entire lives, and really their entire hearts, to their mission. But we aren’t at the point where we aren’t able to pay our own salaries, so we also have to support ourselves with full time jobs and side gigs and things, we just have to be as creative as possible. And when it comes to just wanting to serve more students – at Code Your Dreams we have a waitlist of I don’t know how many students – the real barrier is just funding.

So you were talking about some of the amazing things that have come out of the community – can you highlight a program or an app that has come out of the program, or your biggest reward from starting these organizations?

Bri: So with the Code Your Dreams program, every student builds their own app. To date we’ve had hundreds and hundreds of apps that students have developed that are really impactful. And so amazing for the communities. I think back to one of my middle school students. When he came to my class it was in a community center and the head of the center pulled me into her office and she warned me specifically about this one student – that he doesn’t pay attention in class, or in after school programs, and he’s not going to pay attention to you, he’s a distraction. So the second he’s doing something he shouldn’t be doing, have him come into my office and he’ll sit out for the day.

We had a little bit of a rocky start, because there are always trust issues when it comes to a new teacher, but he really ended up falling in love with our program – which is such a student-focused program, and students get asked questions that aren’t normally asked of a 6th or 10th or 12th grader – like ‘how would you change your community? What do you think would be powerful? Can you talk to different people in your community and see what are challenges they’re facing every day?’

The problem he decided he wanted to address was gun violence – his community actually has the highest rate of gun violence in Chicago and he had seen family members affected before his own eyes from gun violence. He created an app so people could walk around the neighborhood and feel safer. It would automatically call different contacts or different resources, he was really creating a community. The reason I love telling this story is because the ending is just so perfect – he’d developed this incredible app and marketed and branded it, and he walked right into the head of the community center’s office and said, ‘this is what I’m going to do when I grow up, I’m going to be a developer and I’m going to build apps.’

And it’s the perfect circle of a story – when you believe in kids, there’s so much hope – and when you give them resources and believe in them, and they get opportunities, they will just rise to the occasion like no generation ever has – and that’s the amazing thing about technology.

Nelly: I think my favorite thing is seeing seven year olds, all our youngest students, touch type – which is knowing where all the keys are by muscle memory. I learned how to touch-type in 2018 – it took me almost 8 months on an app too learn how to type. And to see that we have seven year olds touch-typing – people who are three times younger than me – touch-typing is the coolest thing ever. So now we have a gamified app that will work offline that we’re using to teach over 4000 kids how to touch-type. To see kids learning when there’s so little, just warms my heart.

Learn More About Code Your Dreams and TechLit Africa 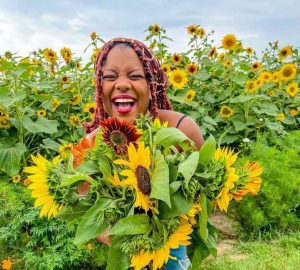 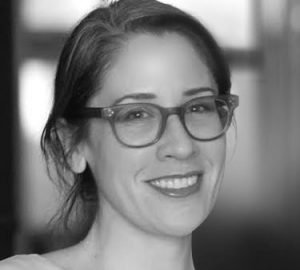 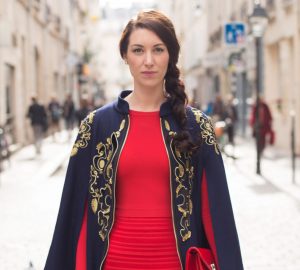 Color & Curiosity is an inclusive media platform focused on encouraging lifelong learning, especially through travel, & amplifying the stories of those who do it.

Join the #CuriosityCohort & get live access to the Wider Worldview podcast plus the monthly 90-second newsletter.